There is a new term in town that has been making its way to all of us for a couple of years now: Serverless. When I first heard this I was kind of confused as to what it meant. Everybody seemed to have an opinion about it but there were no real answers. The following definition from serverless-stack helped me clarify a bit:

Serverless computing (or serverless for short), is an execution model where the cloud provider is responsible for executing a piece of code by dynamically allocating the resources. And only charging for the amount of resources used to run the code.

It also claims the following:

While serverless abstracts the underlying infrastructure away from the developer, servers are still involved in executing our functions.

Essentially we want to write our code without worrying where it will be executed, how it will be scaled and how it will exposed to the rest of the world. This talk by Kelsey Hightower does an amazing job in showing off what serverless is all about.

In this post I’ll go through how to implement our own Serverless function using OpenFaaS. We are going to create a small program that receives an image or a URL and returns the same image with all the faces marked with a green rectangle. We’ll do this using OpenCV and a neural network.

For this tutorial I will be using GCP’s (Google Cloud Platform) managed Kubernetes service called GKE to deploy OpenFaaS and the face detection program will be built using Go and GoCV. So be sure you meet with the following requirements:

We already said that while serverless abstracts the underlying infrastructure from your code that doesn’t mean there is no infrastructure behind. There are tools that different cloud providers have such as Google’s Cloud Functions, Microsoft’s Azure Functions and AWS Lambda that allow us to write our serverless functions. But today we are going to be looking at one called OpenFaaS.

OpenFaaS is a platform that tries to Make Serverless Functions Simple (and it does that very well). It can run on top of something like Kubernetes, Docker Swarm, Fargate and others. It makes life easier for developers and operators because of its ease of use and amazing CLI. Check out the documentation. It’s very extensive and has all the information you’ll need.

Before we start writing any code, let’s get it up and running with OpenFaaS. Since you already have a Kubernetes cluster, follow this tutorial to deploy it using helm. Once you have it up and running install the faas-cli on your machine and authenticate to your OpenFaaS installation.

All functions in OpenFaaS belong to a template. There are many templates for different languages and tools already provided. But if none of those meet your needs, it is very easy to create a new one. This is what we’ll be doing in this article.

To perform the face detection we are going to use GoCV and a pre-trained Caffe neural network. This means that our function needs to have OpenCV installed and the model+config files of the neural network. We could use the dockerfile template and install our dependencies there, but I like the idea of having a gocv template with built-in models for anyone who wants to make use of it. Here is the template I created in case you want to check it out.

Let’s start writing our function! The users will provide the image they want to perform the face detection on as a URL. The function will:

The code to do the detection was extracted from this example of GoCV. I had to make a few minor changes to parse the downloaded image and encode it before returning it, but the important parts are the same. Download the function’s code from Github and let’s deploy it using the faas cli. Once you’ve downloaded the function go to the stack.yml file and change the following fields:

Now we simply have to deploy the function, this is as simple as running: faas up. This command will build the image, push it to the docker registry and deploy it on openfaas. Once the function is deployed head over to the OpenFaaS dashboard and select your face-finder function. Provide a URL(like this one) to an image then select the Download option and hit invoke. This should download an image onto your machine, if it all worked it should be something like this: 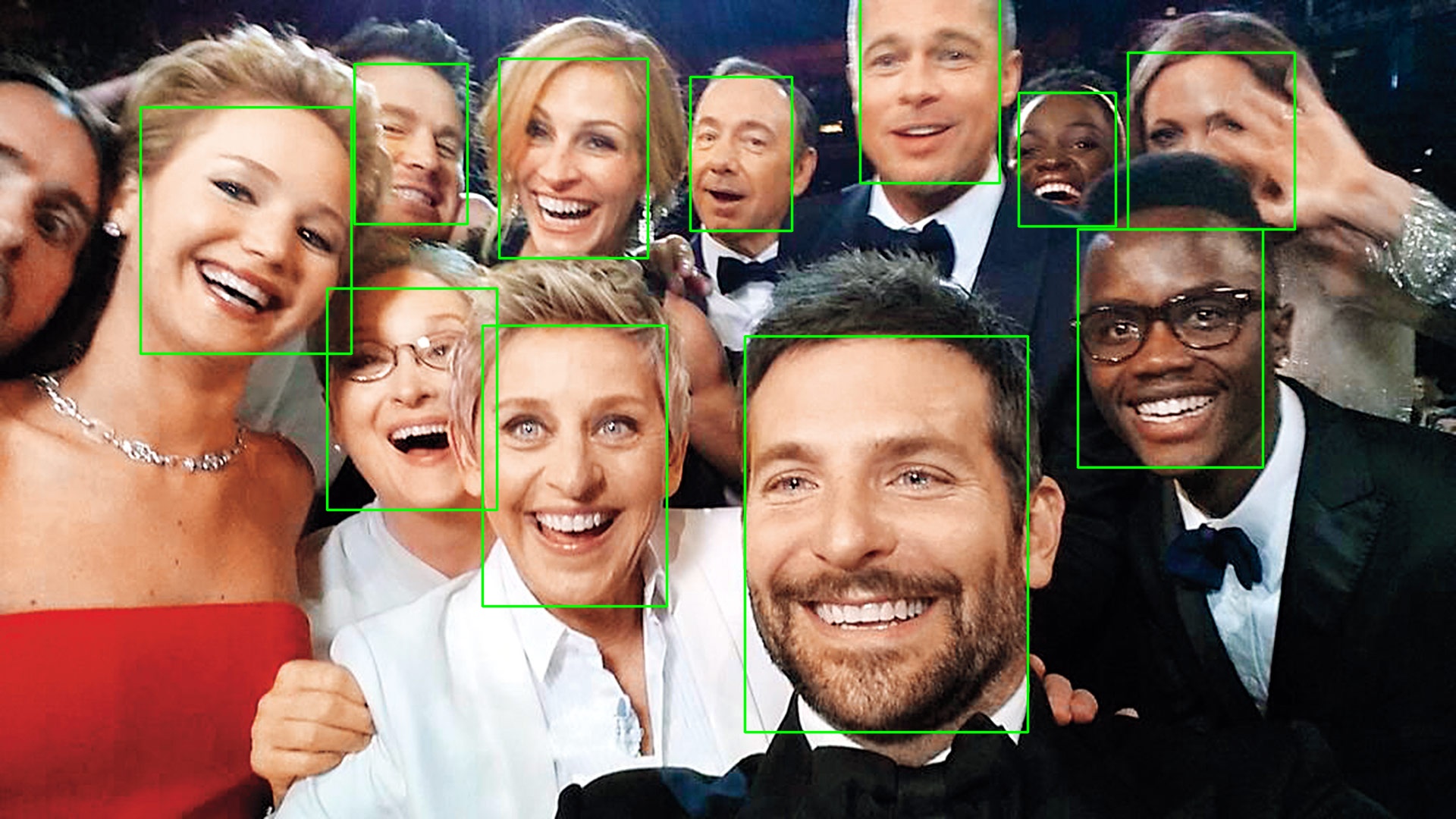 If you are interested in getting into details on how this was implemented you can check out the function/handler.go file. It is less than 100 lines of code and is quite straightforward.